Schools Going Solar All Over

As the prices for renewable are dropping, the schools are saving millions. There are many schools going solar and that includes the schools in Virginia, particularly the one in Middlesex County.

Peter Gretz and other local school administrators are preparing to power their school district with solar energy. Sun Tribe Solar says that they expect to have an array of solar panels in place behind this Virginia elementary school by next August. Enough panels that would generate enough electricity to power the county’s elementary school and middle school. Also, this would all be at a price that is well below their current electricity costs. Not only is solar cost efficient, but students, teachers, and communities are gaining knowledge about clean energy.

According to the Vice President of Sun Tribe, Devin Welch, “Schools have always been in demand for solar because it aligns so well with their mission: preparing the next generation of leaders”.

According to this study, the average school solar system is around 300 kilowatts. That is approximately 900 to 1,200 solar panels installed. Most panels are on rooftops, but there are many other different ways to produce solar energy, such as solar farms.

The solar industry is growing extremely well and will continue to do so. 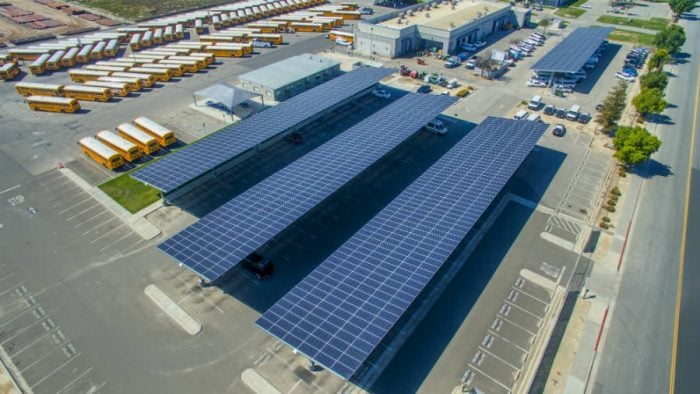 Need help with something? Please feel free to fill out our form below and a representative will be with you shortly!